Some time ago (29.-31.5.) the GameJam Graz took place in my hometown Graz. Joining this game jam was a no-brainer for me since the last one was great fun.  The game I created together with my team last time was called “The Escape” and was a first-person horror survival game featuring 3D graphics and spooky sounds. It can be seen here (sorry, german only): http://gamejamgraz.wordpress.com/ergebnisse/ 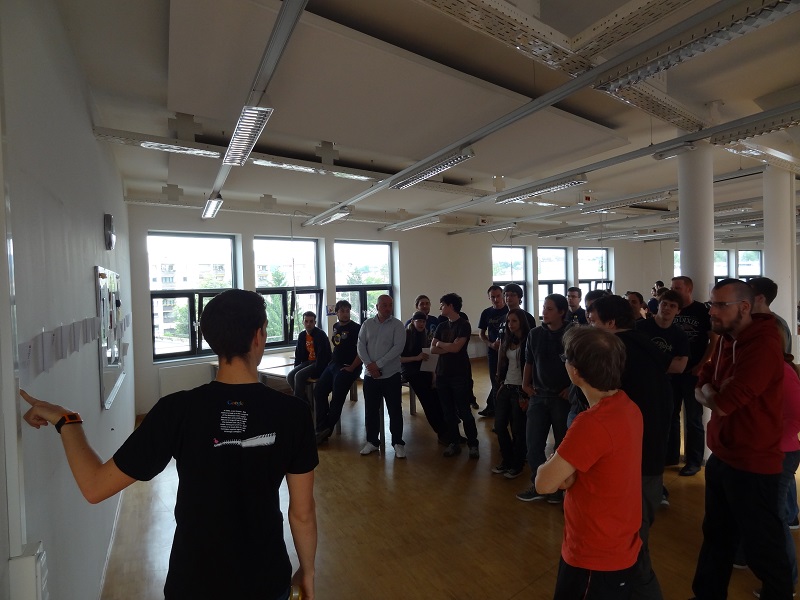 The briefing, Jörg explains how to form teams based on the game-ideas

The GameJam Graz had no particular theme, instead there were brainstorming sessions at the beginning of the first day where the participants came together in groups to come up with game ideas. These ideas were then presented and written down. After a few iterations of these brainstorming sessions the final teams were formed, around these ideas, meaning everyone could decide on the game-idea he favours most and if enough people like one particualr idea these form a team and start developing the game. This system works surprisingly well and is great fun :)

So, I decided for a “space shooter using 3D models for graphics” which was pretty simple, nothing particularly creative, but great fun and especially important: should be easy to finish a prototype in 2.5 days. After enough people favoured this idea, we formed a team (“The Royal Gamedev Army”) and started working. Our team was pretty special because we had three 3D-Artists (me included), one 2D-Artist and only one programmer, who luckily was already very expierenced in Unity. Oh and sound guys! 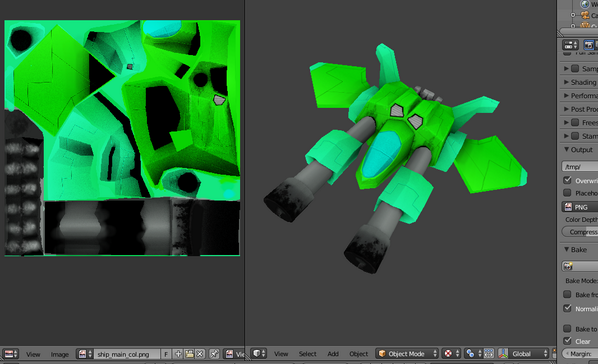 One of the main ships, made by me

Our pipeline was pretty diverse, we had one artist working with Cinema4D, one with 3D Max and me with Blender. Export from Cinema4D to Unity was fine, while I had to correct the scale and orientation for the files coming from 3SMax. Of course this could’ve been done in Unity, but our programmer already had more than enough to do, so I did this work for him. Sadly there were to many great assets for our programmer to include them all in the game in the limited time he had, so some of the great explosion sprites our 2D-Artist drew didn’t even end up in the final game. Speaking of the final game, check out a screenshot here: 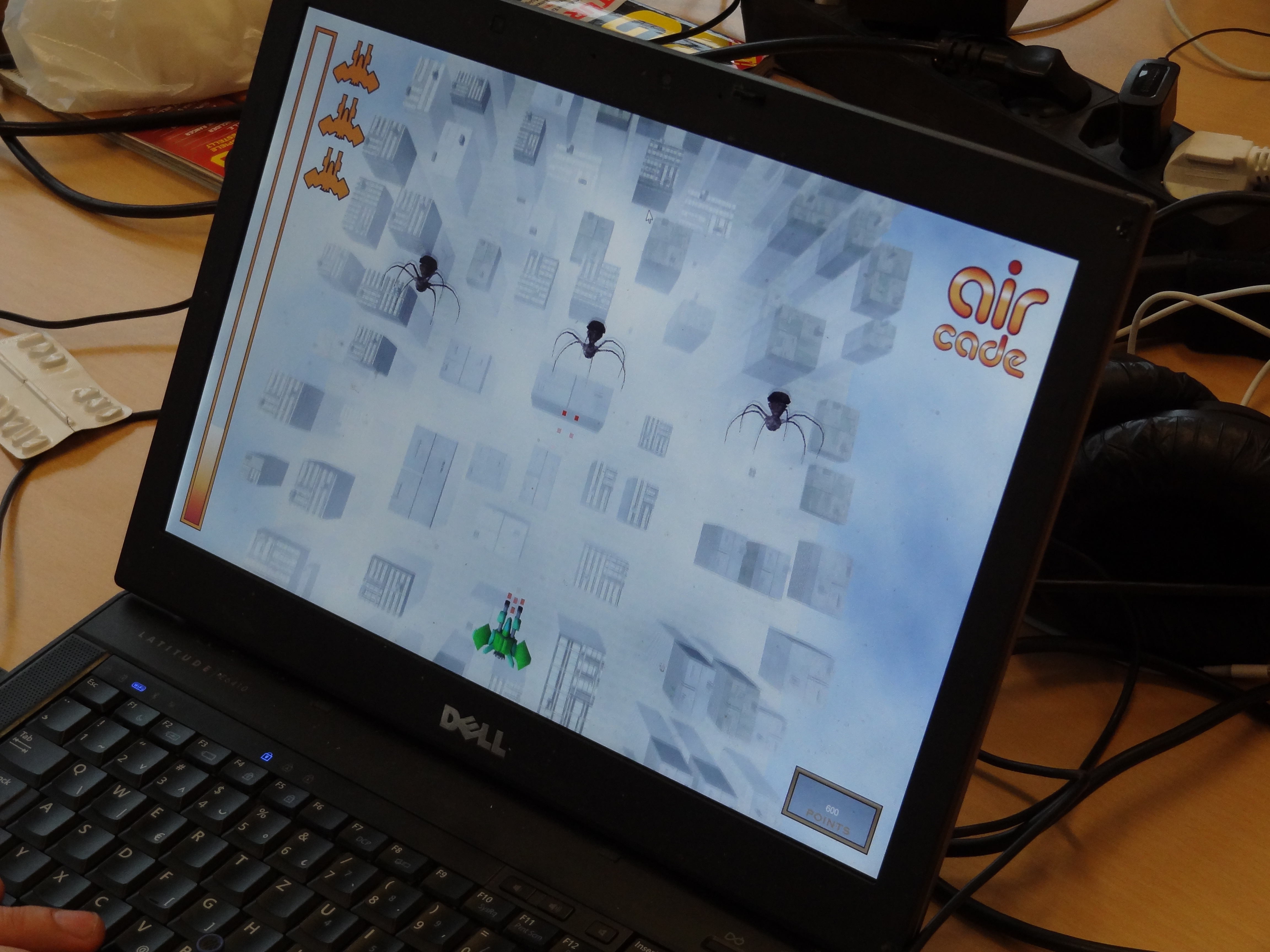 Screenshot from our game, “Aircade”

After one day of gamedev we realized that we actually didn’t have any space levels, just low flying ships above landscapes (we created a city-level, which can be seen above, as well as a mountain and a sea level) so we decided to name our game “Aircade”, which is just the words “air” + “arcade” combined, but I think it sounds great.

While developing and creating the game and assets, we got free drinks all the time and free food once a day, which was really awesome! Thanks again! :) 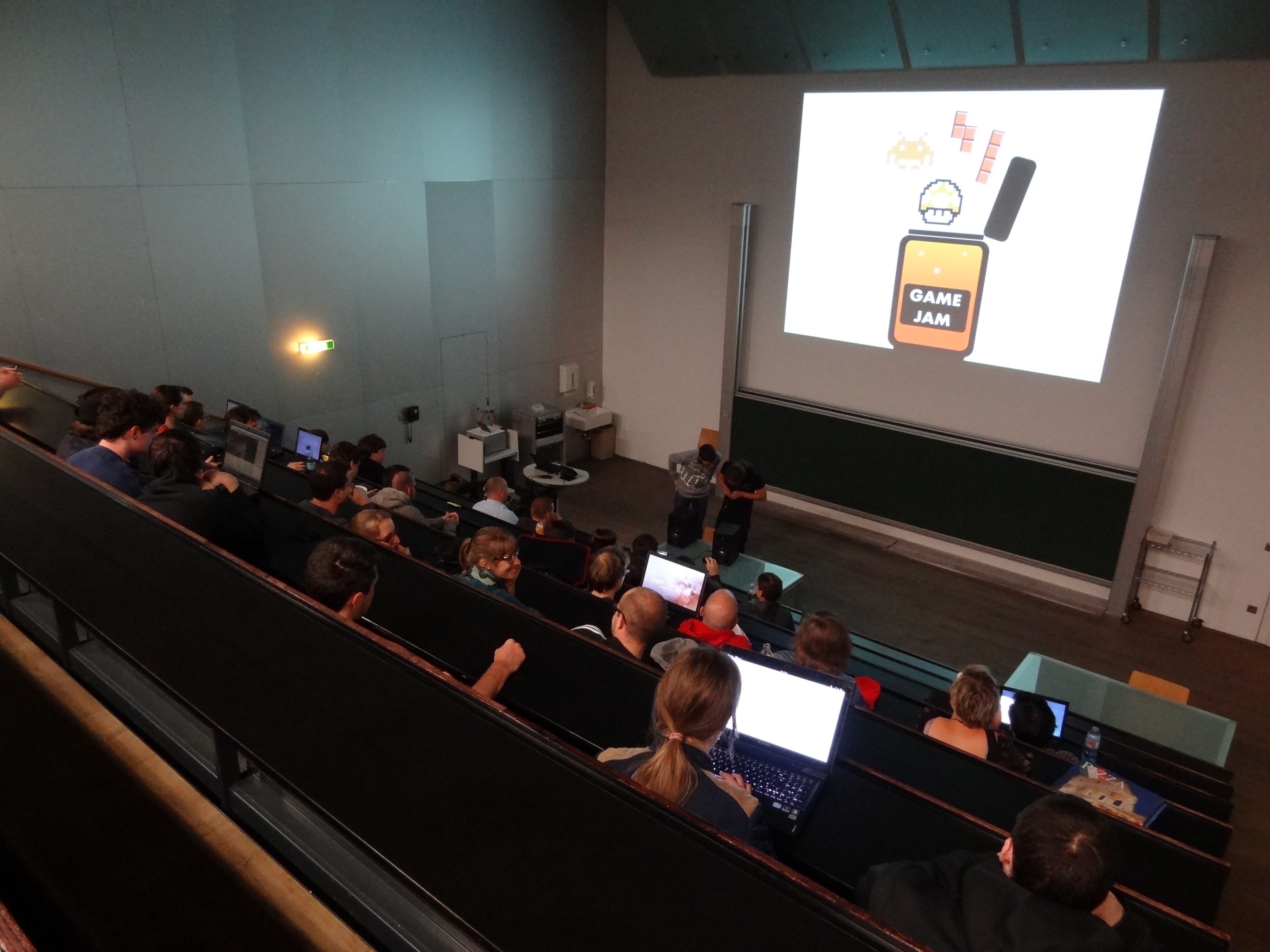 At the end of the third day the time to present our game to the other teams came. We got one of the lecture halls of the university to use for that, including a nice big projector to show the games on! After seeing all the other games I really have to say that every team did great work and all of them created awesome, fun games, using original and funny settings or background stories. Congratulations to all!

To check out the other games, as well as our “Aircade”, follow this link (german): http://gamejamgraz.wordpress.com/ergebnisse-2014/
This also features a timelapse video of the teams busy developing and creating the games. :)

Last but not least I have to say a huge “Thank you” to my team, it was awesome with you guys and girls, I look forward to the next GameJam Graz! 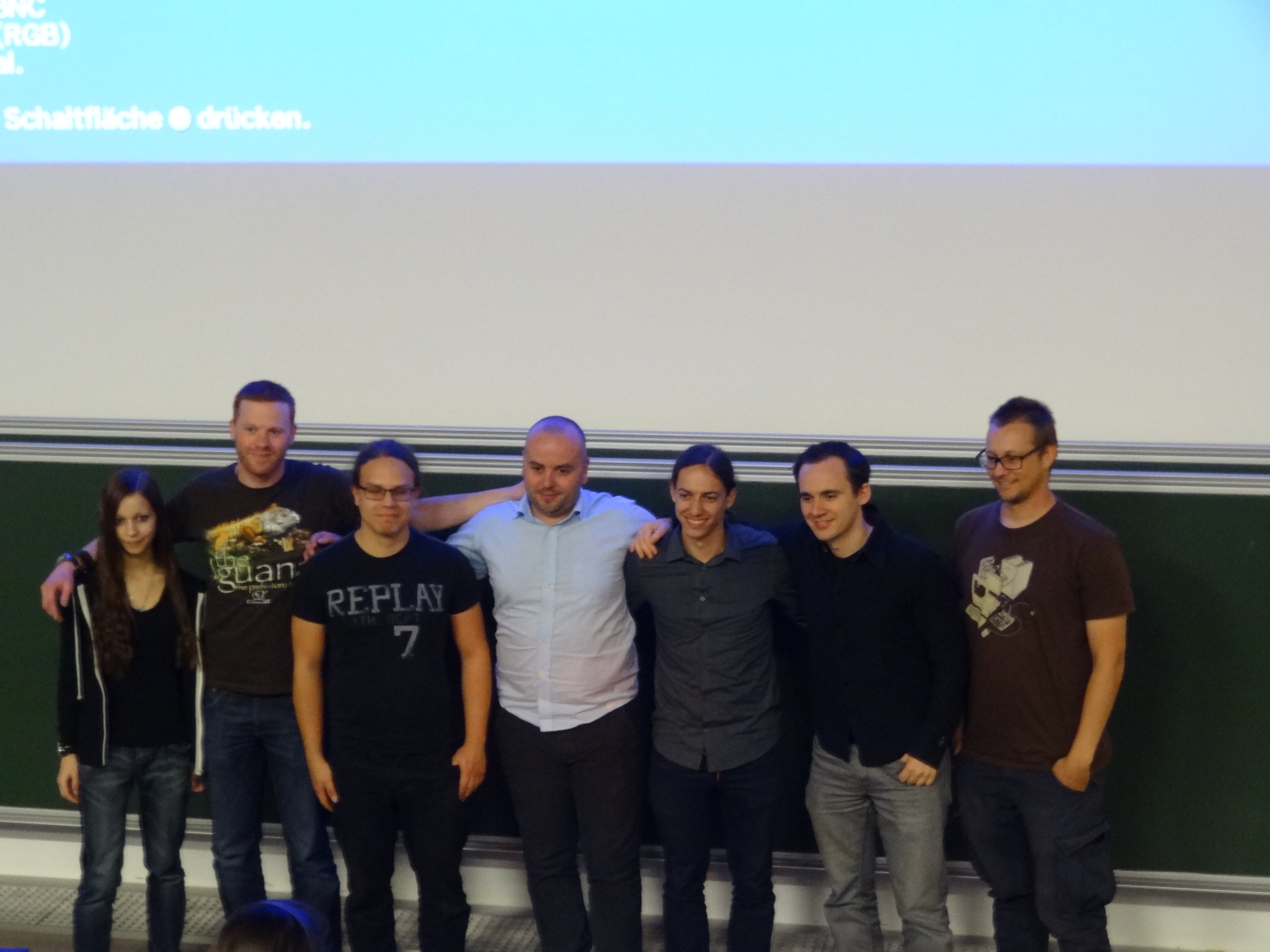