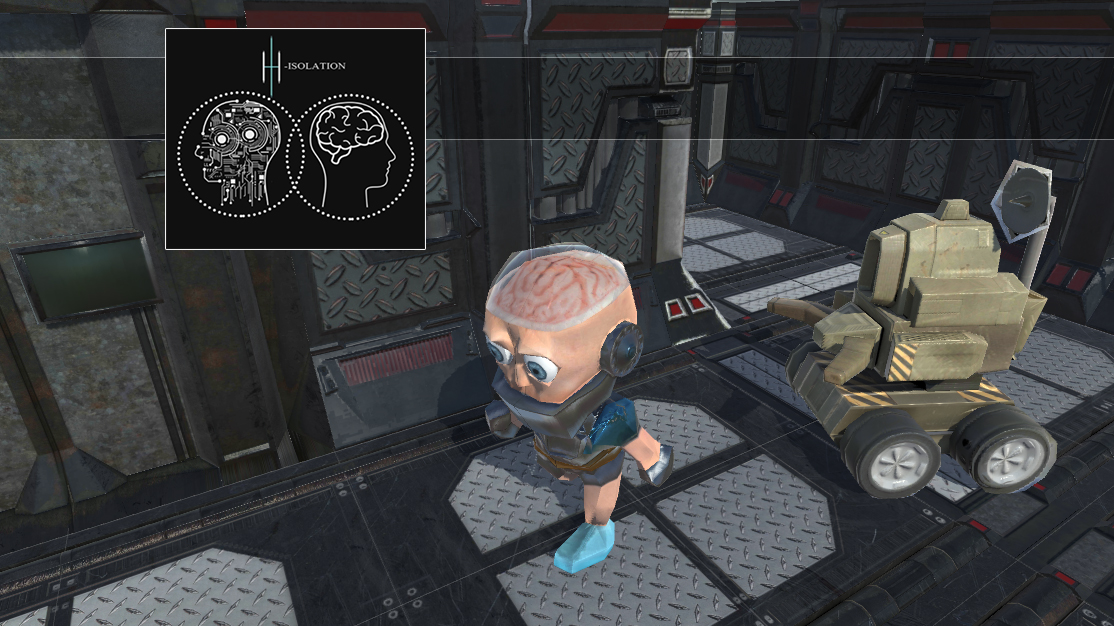 Recently I’ve been to beautiful London for a 3-day game development hackathon!
This event was the final part of a collaboration project between Graz University of Technology and University of Westminster, which was initialised as part of the course “Game Design and Development 2“. I really appreciate these new Game Design/Gamification/Game Development focused courses and I’m sure they’re going to become an integral part of the regular curriculum of most IT related studies at TU Graz. 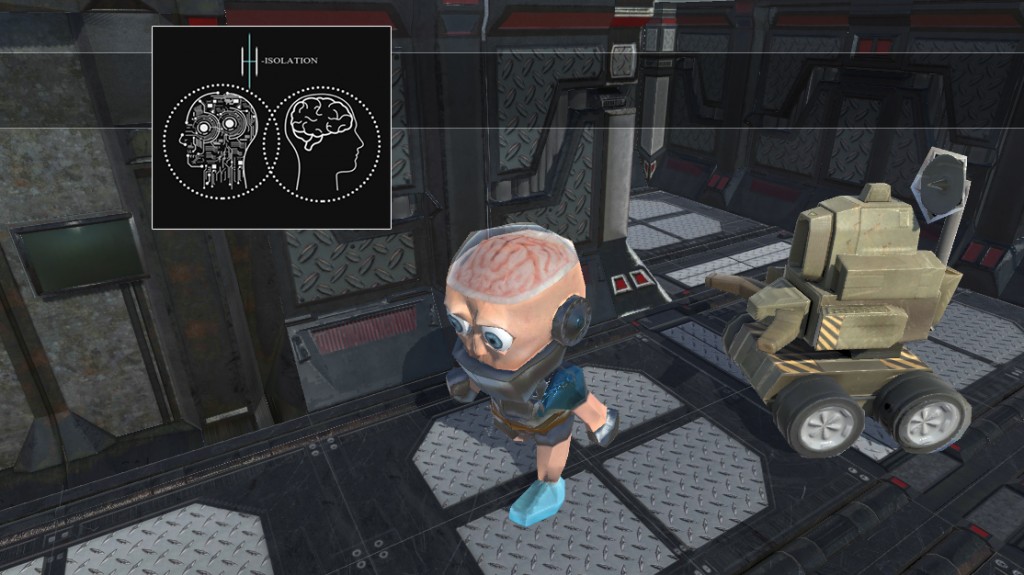 Our project goal was to create an educational mobile game(title: “H+ Isolation”), teaching the basics of DNA sequences (so called BioBricks) to highschool students. For this purpose we got together in a team of five, me and a colleague from Graz and 3 students from Westminster. For project communication we used Asana, which is a great tool for task assignment and managing timeframes per task, if it’s just about task management I’d still prefer Trello though, because of it’s ease of use and clarity. Occasionally we used Skype and Email for communication. Game technology used was Unity 5 and Visual Studio along with Blender/Photoshop/Quixel for graphics/assets and git for source control.

Here’s the story-background we settled on: “Player Character is half human/half machine and is locked up in a skyscraper-like concentration camp (human/machine bastards are not well liked in this society, which consists of either humans or machines – no hybrids) in a dystopian future. The player is weak and sick because his immune-system isn’t as good as the one of a “real” human and he is left to die. Of course he wants to flee!” 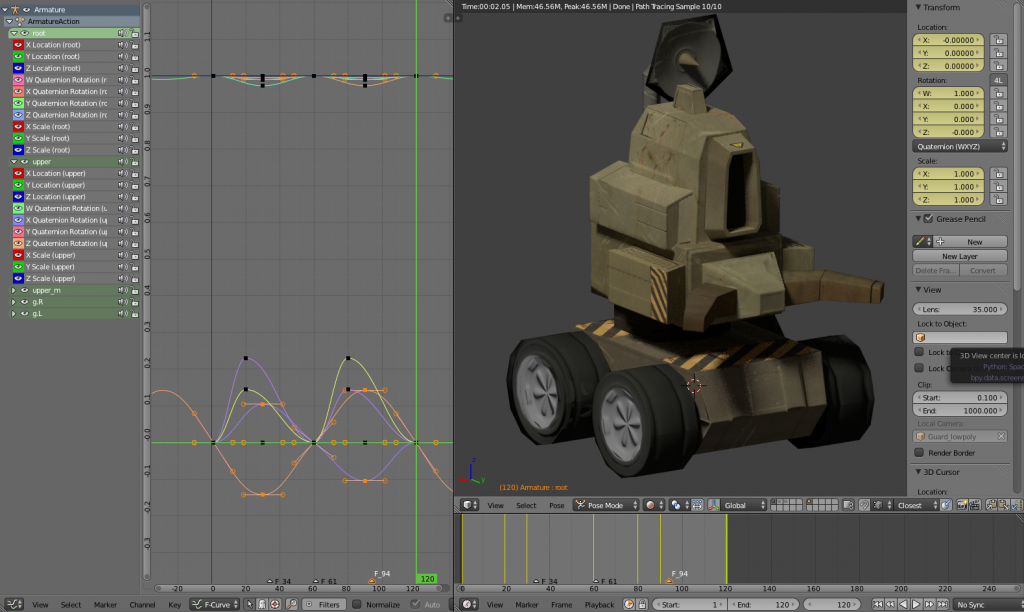 The guard robot in animation stage inside Blender

Gameplay: The goal of the game is to escape the building. The building consists of lots of floors, each floor represents one level. The gameplay of a level is divided into two parts: first a 3D stealth part and then a 2D puzzle part. In the 3D part the player has to sneak past the guards and reach the floor exit. The floor exit however is locked and an puzzle has to be solved to advance to the next floor/level. The result of the puzzle also influences the players abilitys during the next level.

The 3D part is designed like a stealth/timing game, the player has to reach a certain point (exit) without being caught. Guards are patrolling the hallways and rooms and if the player comes to near to one guard (within a certain radius) the guard starts chasing the player. While it is possible to escape from this chase it is very unlikely since the guards have a higher speed than the player. Once the guard touches the player he is caught. There are no lifes, the current level simply starts again once the player is caught, effectively giving the player an infinite amount of tries. Since the guards are faster than the player, he/she has to plan where to go in advance instead of simply charging forward and hoping for the best. As an additional difficulty (to counter the infinite trys rule) there is a energy bar which is constantly sinking. If it’s empty the player has taken too long and the level restarts.
The player character is controlled by tapping on the screen, the character then runs to the position the player marked by tapping, much like the control sheme in most hack’n’slay games. Additionally it’s possible to just tap and hold a position on screen and the character continues running in this direction, which eliminates the need of constant tapping on the screen. For this Unitys NavMesh Agent was utilized.
A third person tracking camera placed above the player character was utilized. This camera had a rather wide field of view to enable the player to see as much of the surroundings as possible, since this is critical for the gameplay to work …and be fun. 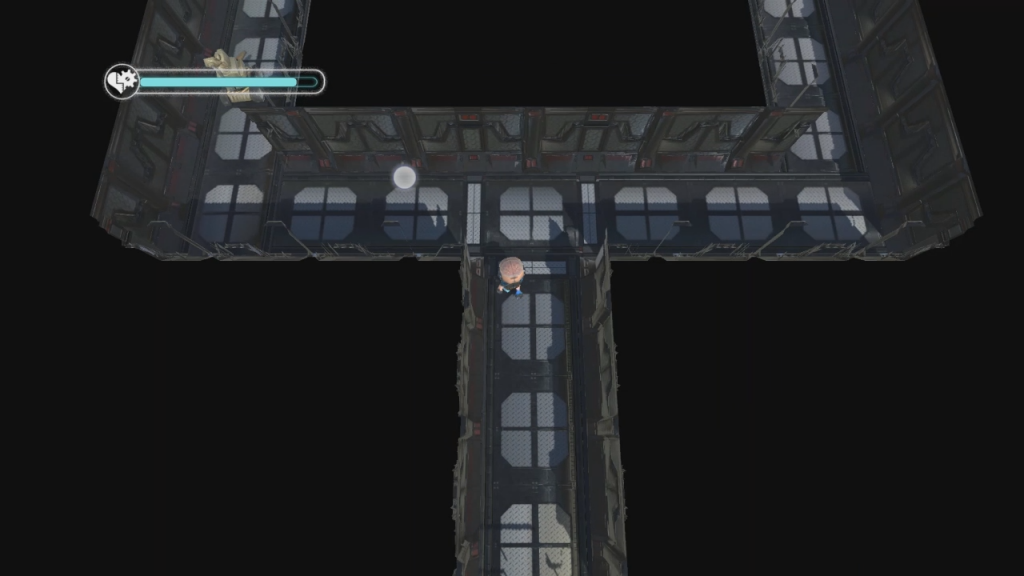 Gameplay screenshot, captured on a OnePlus One smartphone, the white dot is the touch input visualization of our capture software

Gameplay creenshot captured on mobile, the white dot is the touch input visualization of our capture software

The 2D puzzle involves the aforementioned BioBricks and depending on the solution the player chooses (which in turn depends on BioBrick placement during the puzzle phase) either the human or machine part of the player character is enhanced. This is similar to a very simple skilltree, with enhancing the machine part resulting in more speed during the stealth sections and enhancing the machine part results in the enemies having a smaller radius for detecting the player. While these sound two options sound pretty similar (in the end, both of them help you to sneak past guards) they play/feel pretty different to the player. The puzzle part itself was designed by the students from London and features a reference pattern of biobricks on the top of the screen while presenting a few different patterns on the bottom. To advance the player has to pick the matching parts of the patterns on the bottom. There are more than one correct solution though, with one corresponding to human biobricks and one for the enhancement of the machine parts. Since these patterns and biobricks are based on how they actually work the player learns valuable real-life scientific facts, maybe without noticing it.

Graphics wise the puzzle part features 2D sprites and is realised with Unitys GUI system, while the 3d graphics for the stealth part are actually quite sophisticated. We made heavy use of Unity 5s physically based shading system, which works pretty well on mobile systems, both from a performance as well as from a visual point of view. :) The models and animations were created in Blender and exported to Unity/Git as .fbx files. We decided against using the .blend import option because my .blend files tend to contain a lot of excess baggage, like cage meshes for baking normal/AO maps or backups of certain stages of the modeling process. The textures were created in Photoshop/Quixel, using the maps baked/exported from Blender. (Sometimes I used XNormal for baking since the results were superior).

Although the puzzle part didn’t end up quite as polished as we’d liked to, the overall experience as well as the educational value of the game was pretty satisfactory.

Also feedback from the audience and from the lecturers was great, especially the guys from the science department liked the idea of using educational games to teach bioscience topics to young people. At the end of the Hackathon we even got an award! :) 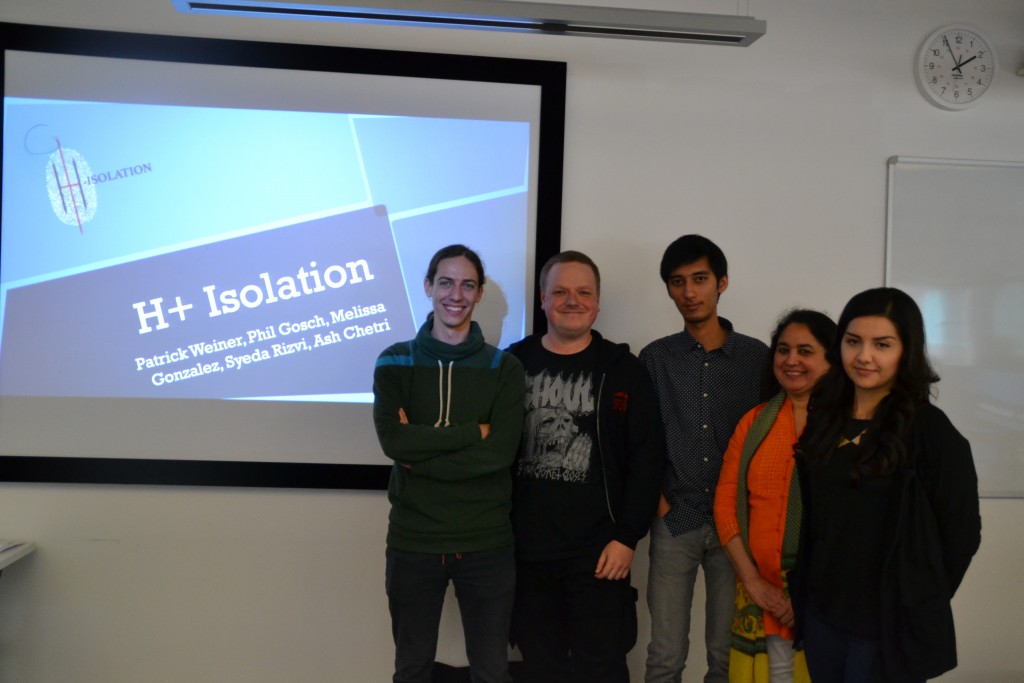 Our team at the final presentation 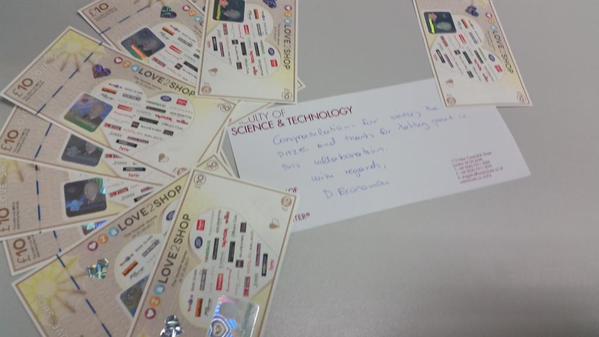 Our award, including some nice vouchers for the team!

So after the hackathon was over, as well as the lectures, I’m thinking of maybe continuing the development. But instead of an educational version I’d target the mobile market with a simple casual version of the 3D part (no puzzles). I’m thinking of expanding the simple stealth core gameplay with collectable items, that influence different skills (like movement speed or view distance), while providing a lot of levels for fast casual play sessions. But we’ll see, my TODO-list is full, as always. ;)

Thanks for reading, cheers