A few days ago I filmed and edited a short skateclip (streetboard to be precise) of my friend Gabriel for our sponsor Zerum Clothing. (Go check them out by the way!) This was the perfect opportunity to test my new filming setup: Canon EOS 600D + Walimex fisheye and my awesome X-Grip handle. And what can I say? I LOVE it! :D

Although I made some smaller mistakes, which I only realized afterwards, I’m pretty satisfied with the outcome. The biggest mistake was filming in 1080p (also known as Full HD, 1920×1080) which only gave me 25 frames/second, whereas filming in 720p would have resulted in 50 frames/second. This is very important for slow-motions, luckily I only used one at the end, but this one could’ve been a lot smoother. Anyway lesson learned, and that was the main purpose of this clip for me. :)

For the intro, namely displaying his name and the title of the clip, I used Blender. Nothing fancy, just some basic animation using keyframes, shapes and for the text the build modifier. I also used curves for the title, remembering a tutorial about animating tentacles, which came in handy for this. :D 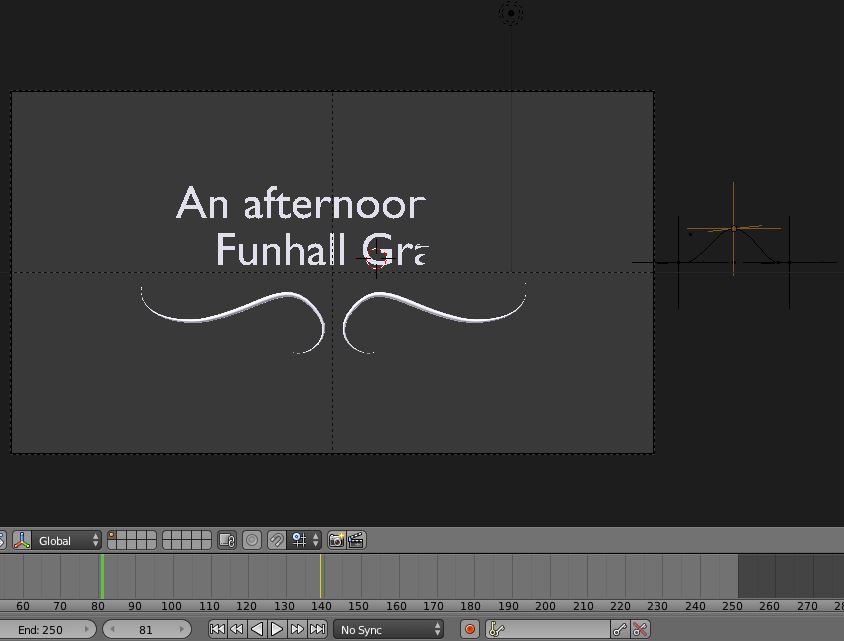 I really would like to do some more complex motion arts now, I hope I find the time for this…

Oh, and finally, here is the clip:

An Afternoon At Funhall Graz from tofu schmecktmann on Vimeo.

Let me know what you think! :)